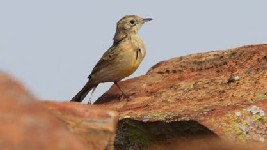 Early morning produced a quite a number of birds and the “Sentinel” – Sentinel Rock Thrush –  only made its appearance late-morning or rather early afternoon.

Full of excitement and after taking a few good pictures, Ben bumped into something totally unexpected and it was only later when the pictures were viewed and checked with Rihann, that they realized he spotted a  Yellow-breasted Pipit  (Geelborskoester).

Fact is, that it was not only spotted but how awesome that a perfect picture was also taken for positive identification!

According to Trevor Hardaker, this is still a very rare bird in the province, although there has been  previous records from this area.

This rare find caused some excitement that caused bird twitchers to rush to Suikerbosrand during the week , but with no luck of spotting any Yellow-breasted Pipit s. However , the following weekend , twitchers were out there again  and according to  Trevor Hardaker’s  “SA Rare Bird News Report – 27 May 2013” he writes the following :   “ In Gauteng, there was still some excitement amongst provincial twitchers on the weekend with at least 3 YELLOW-BREASTED PIPITS present at Suikerbosrand Nature Reserve yesterday afternoon. Apparently, the birds are quite tough to track down and several people did not connect with them, but at least a few groups connected with multiple birds yesterday, a fantastic record for the province.”

Previous reports of the “SOUTH AFRICAN RARE BIRD NEWS REPORT” can be viewed at: http://groups.google.co.za/group/sa-rarebirdnews

Birders and bird photographers can register on www.birdwatcher.co.za  and publish some of their pictures there.  A good website with a notification system is www.gamewatch.co.za. All bird watchers and other game watchers can register here and upload images. Members in the group receive immediate notification of sightings and can filter it to receive only notifications of value to them. 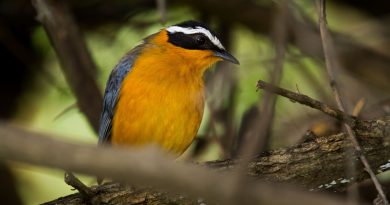 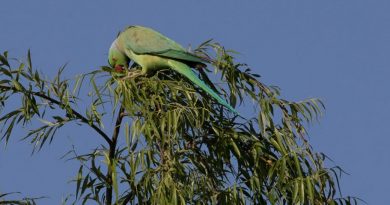 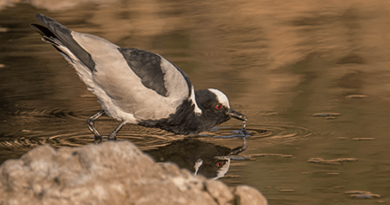