Spring has arrived and with it a new season for birds and birders. 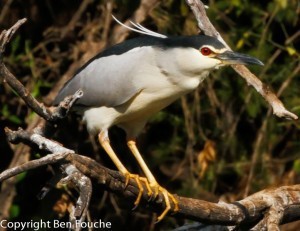 I would like to thank Dr.Hannes Coetzee, DA councilor and pastor of Harvest Ministries for giving us access to his property. It is also a privilege to have an avifaunal specialist like Rihann Geyser with you on a birding trip.

It is amazing to see the immediate change because of the change in season. Instead of birds flocking together in bird parties, more birds focus on building nests.

Birding in a team (one with a notebook and one with a camera) works like a dream.

Atlasing started on Portions 135, 136 and 137 of the farm Grootvlei 272 JR (25°31’48.71” S 28°14’12.49” E). These smallholdings form part of several smallholdings bordering the eastern banks of the Apies River north of Rooiwal Power Station, one of the favourite Gauteng birding spots. 50 bird species were seen during the 1st hour of birding and the list stood on 70 species at the end of the 2nd hour. Birds seen includes species such as Ground-scrapper Thrush,

Kurrichane Thrush, Red-billed Firefinch, Bar-throated Apalis, African Grey Hornbill, and Black-backed Puffback. Red-breasted Swallow and Lesser Striped Swallow which are both intra-African migrants that has recently returned from their northern migratory range were also seen. The river and riparian vegetation added species such as African Reed Warbler actively calling from the reed next to the river,

Brown-throated Martin, and stunning views of a Black-crowned Night-Heron.

From here we headed to Rooiwal Sewerage Works, which consists of several setting ponds that attract a variety of water bird species throughout the year. Surrounding these setting pond are open lawn areas, exotic trees and old agricultural lands. Rooiwal added species such as African Jacana, Southern Pochard,

a single Ruff and a single Common Greenshank(both Palaearctic migrants).

A single Long-creasted Eagle was seen in the pine trees west of the settling ponds.

All-in-all it was a great day of birding and nice to see the migrating birds returning from their northern migratory range.

The day ended on 115 species seen in just over 5 hours of birding, most species seen in one day for this pentad to date. A total of 7 bird species were added to the pentad list which are African Green-pigeon, Brown-crowned Tchagra, Little Rush-Warbler, Black-crowned Night-heron, Common Ostrich, Burnt-necked Eremomela and Bar-throated Apalis. 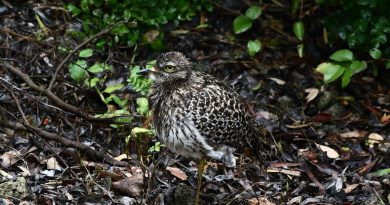 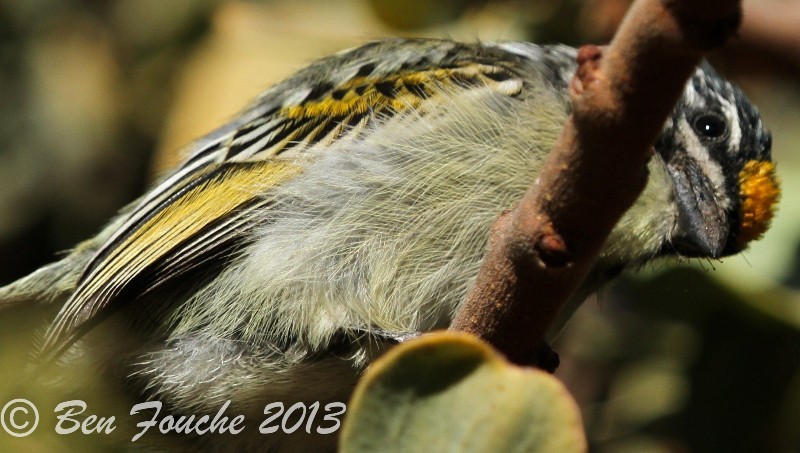