On 30 April 2015 I was at Rietvlei Nature Reserve near Pretoria where I took photos of Black-chested Snake Eagles while they were busy preparing their nest.

I visited the site again with Tiaan Muller on Sunday morning (24 May 2015). Normally they pitch just after 9h00 but on this morning I did not see any movement apart from a few Pied Crows flying over the nest.

After about 3 hours the crows became more aggressive in their attack on the nest and also increased in numbers. I then saw movement on the nest and realized that the female Black-chested Snake Eagle have been on the nest all the time.

I was fortunate to take a video of the crows attacking the nest but switched my camera to still mode when we saw the male approaching the nest.

At first we saw no sign of prey that was carried by the male eagle. Then we experienced something amazing. The male eagle has swallowed a Striped Skaapsteker snake (Gestreepte Skaapsteker), (Psamophylax tritaeniatus), which he carried in him all the way to the nest. When he landed on the nest he offered the tail (about 10cm) sticking from his beak to the female, while she grabbed it and started pulling at it. The male vomited the snake slowly until it was completely out.

Within a minute he took off, probably on the hunt for more food… 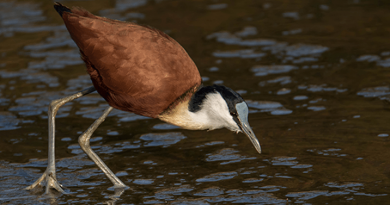 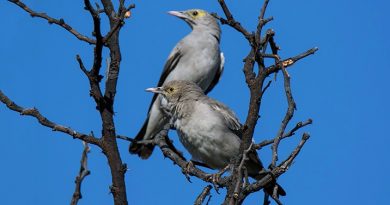 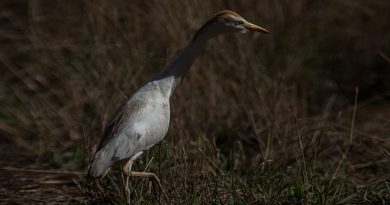