A Laughing Gull in Mossel Bay South Africa caused some excitement this week. On 6 February 2022 a strange looking black-headed gull was spotted by a birder in Mossel Bay at Santos Beach. 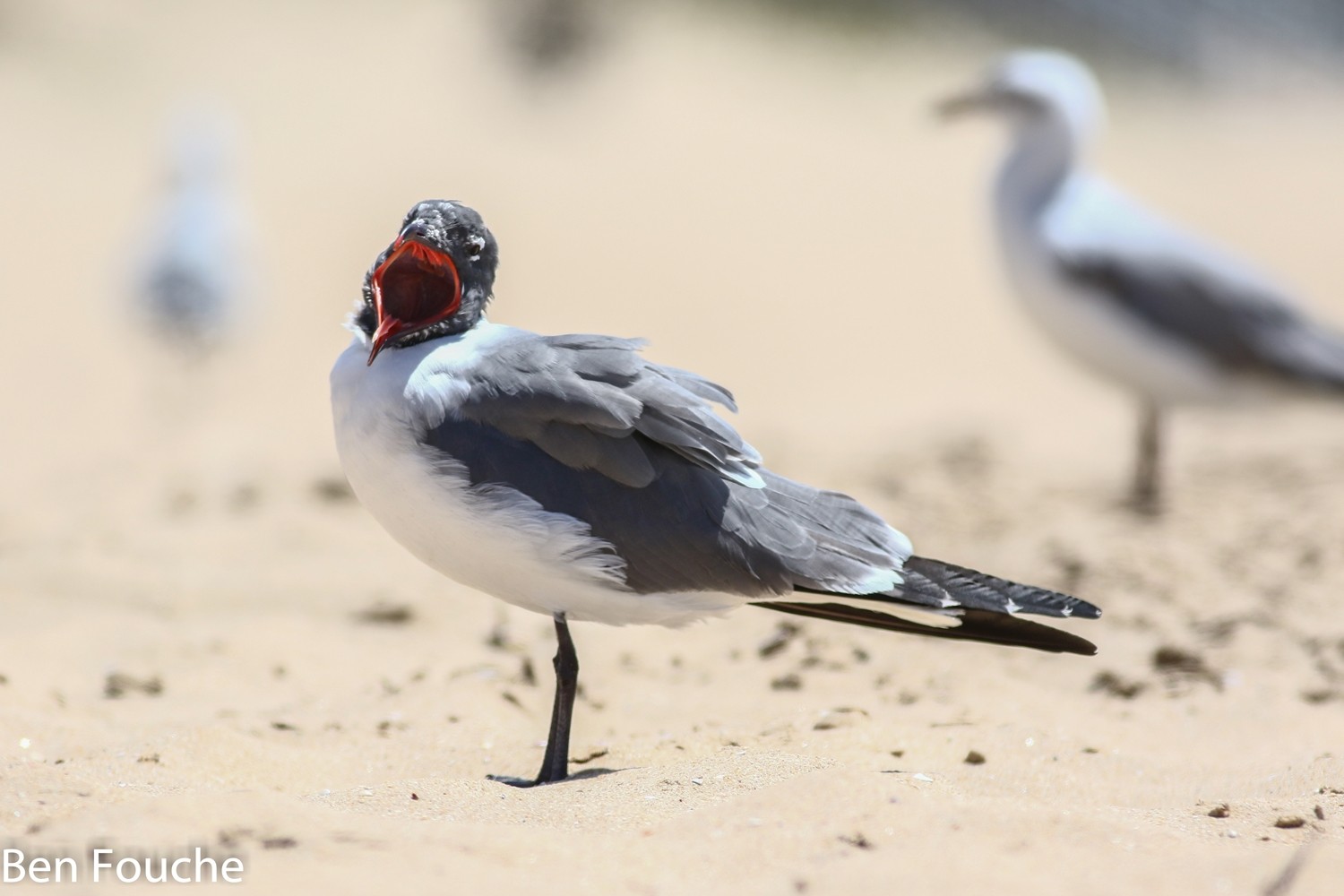 It was recorded as Franklin’s Gull but after the experts had a good look at the images taken by many enthusiastic twitchers and birders, they realised that it was a Laughing Gull in Mossel Bay South Africa. This happened to be the first record of this bird ever, in Southern Africa!

You can only guess what happened next! Twitchers and birders from all over the country travelled to Mossel Bay to see the gull and tick it off their lists. I have seen messages of birders requesting lifts from the George Airport as there was a problem with the local public transport services.

My neighbour, also a keen birder, invited me to join him in the relative short drive from Sedgefield to Mossel Bay. On Arrival we did not know what to expect and where to start looking. The social media group’s notifications were very quiet after the initial rush, and we decided to drive to Santos Beach first with no luck. At the harbour we met a few birders and exchanged contact numbers. 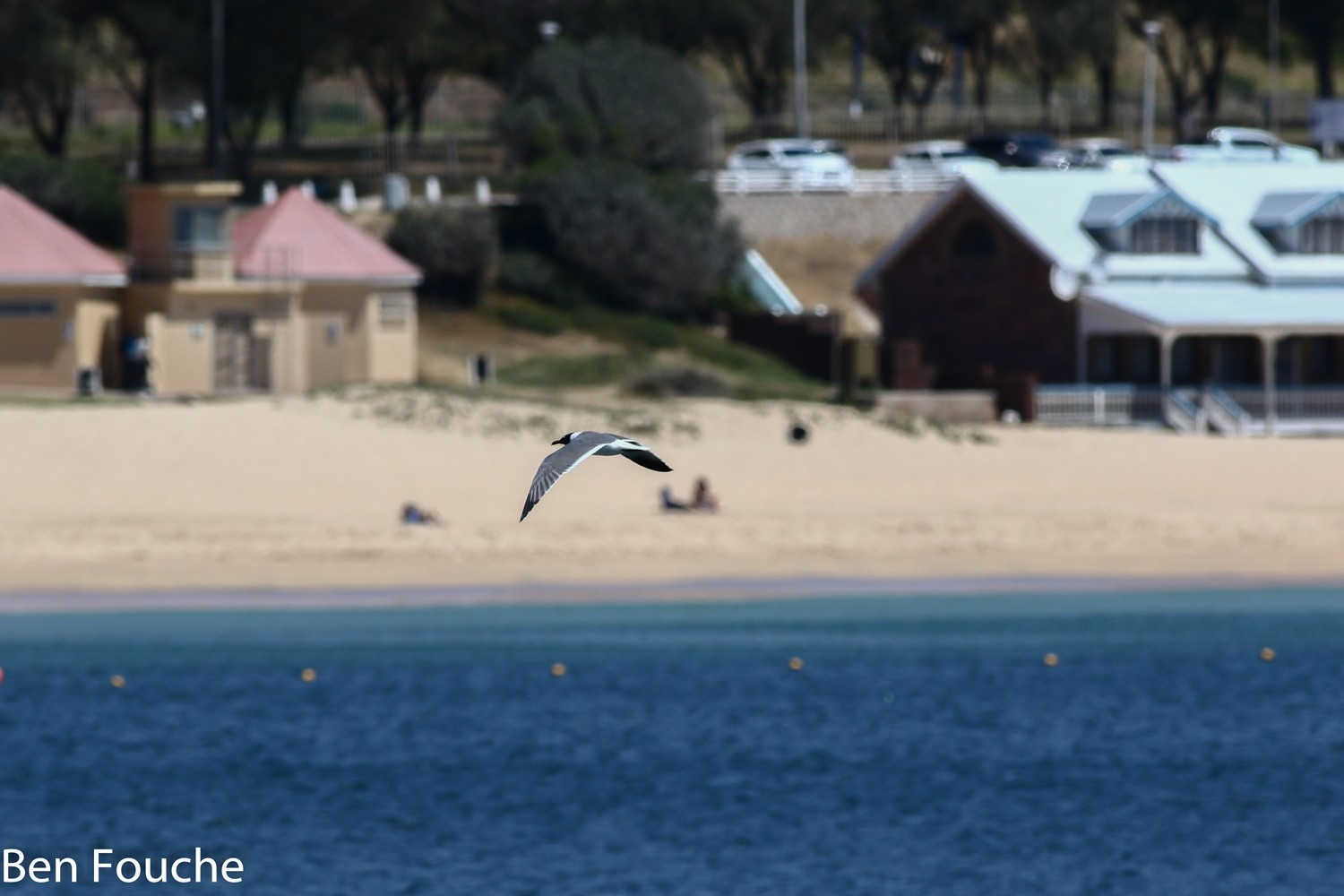 Driving towards the Point, the first call came from a birder who spotted it at the harbour. On return to the spot where we met the other birders, the bird made a quick fly-over and I managed to get a few in flight ID shots.

The bird then decided to fly over the bay to Santos Beach where my friend spotted it with his 2000x zoom camera. We drove back to Santos, hoping that it will still be on the beach when we arrive. 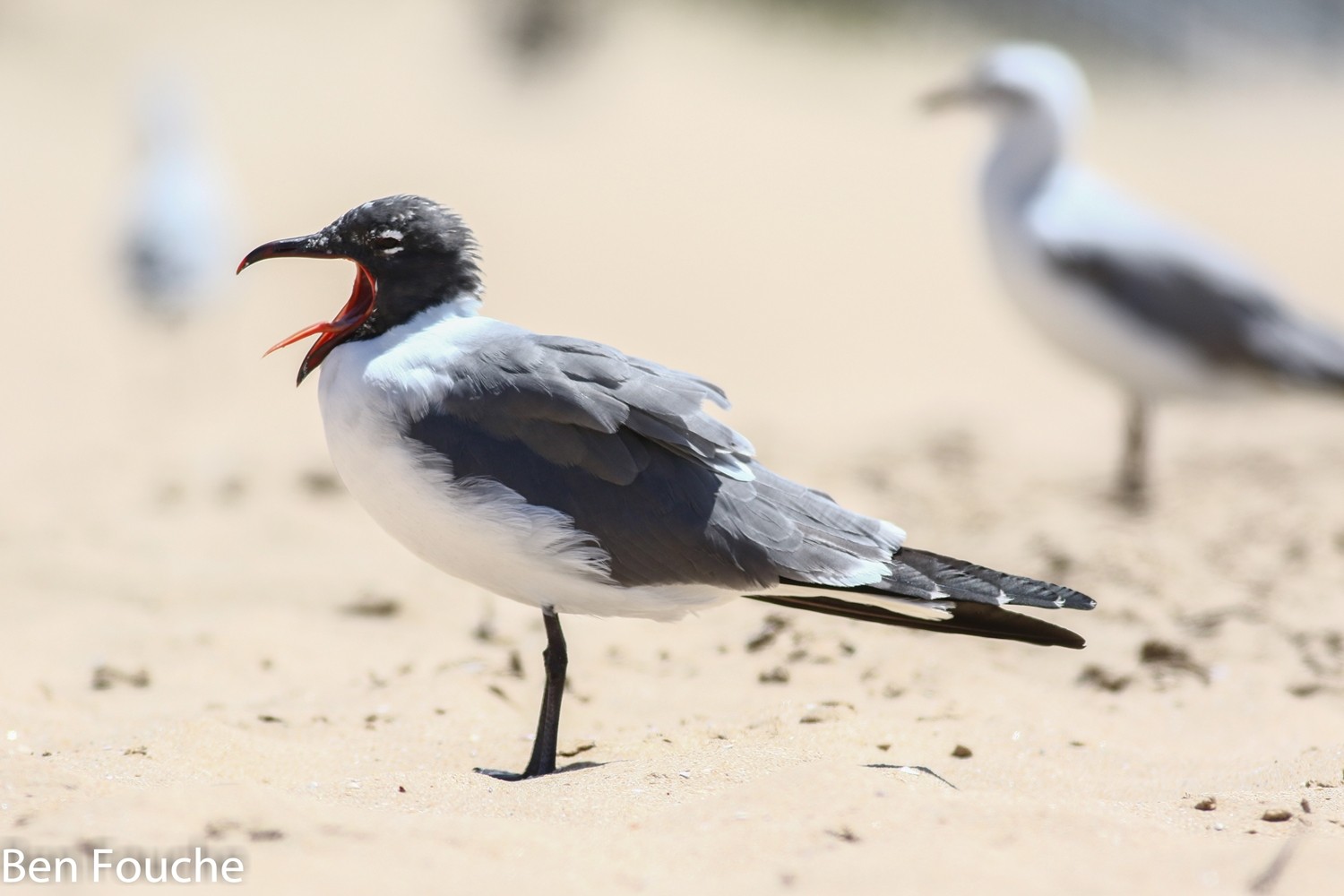 It took about five minutes to get there and there it was, on the sand between a few local Hartlaub’s, Grey-headed and Kelp Gulls!

A bonus to this sighting is that the bird is in mating plumage with black head and red bill which further makes it easier to spot among the local gulls. 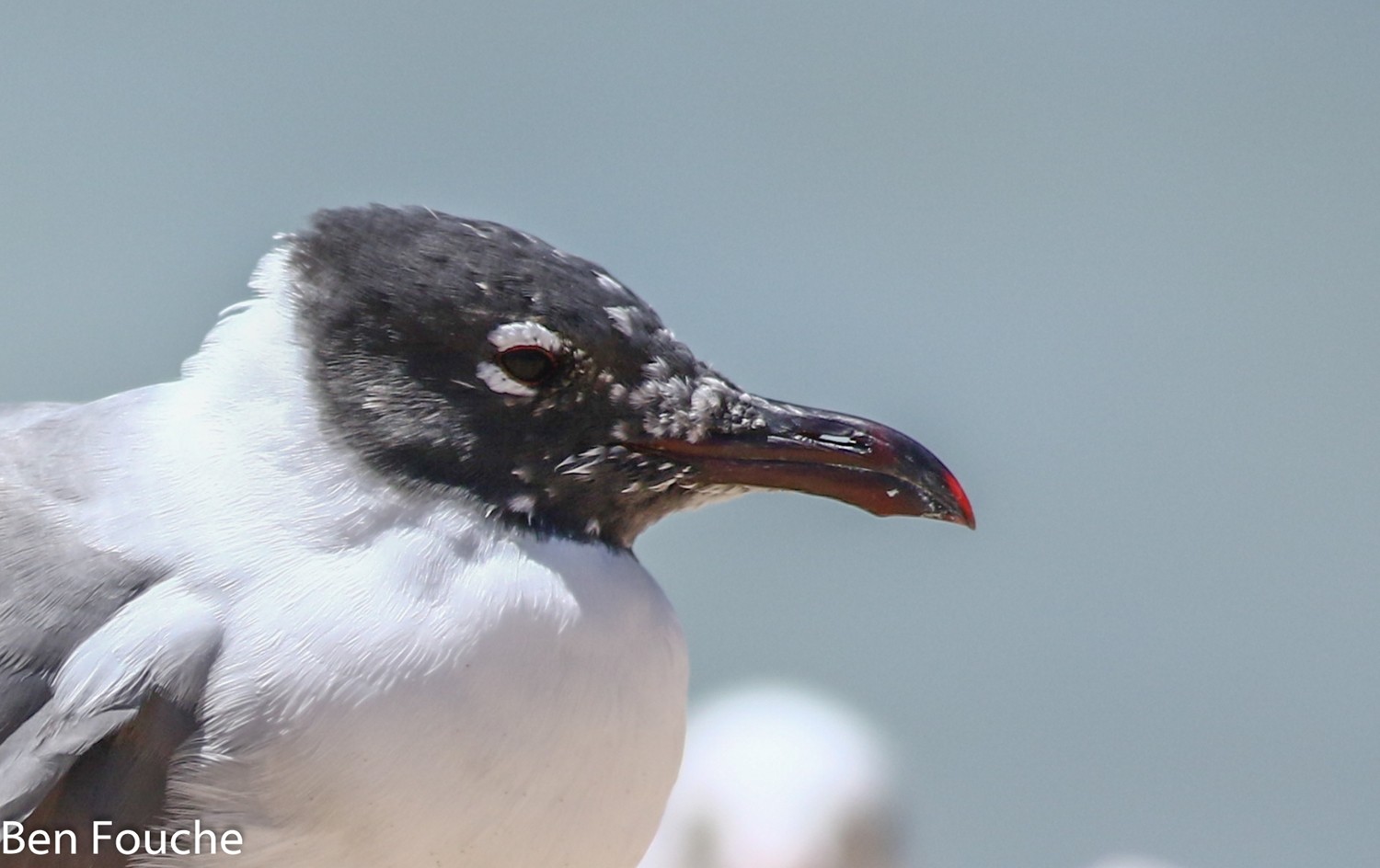 The laughing gull is a medium-sized gull of North and South America. It breeds in large colonies mostly along the Atlantic coast of North America, the Caribbean, and northern South America.

According to Wikipedia it breeds on the Atlantic coast of North America, the Caribbean, and northern South America. Northern most populations migrate farther south in winter, and this species occurs as a rare vagrant to western Europe.

Birdwatcher is affiliated to Outdoor Heartbeat (Pty)Ltd. We lead birding and nature tours in South Africa. Tours may be half day, full day or longer custom-made tours. 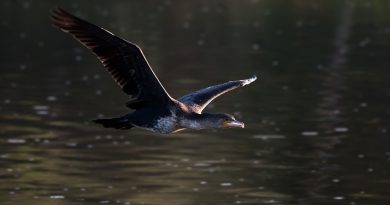 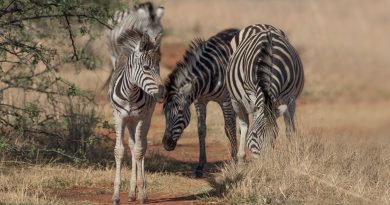 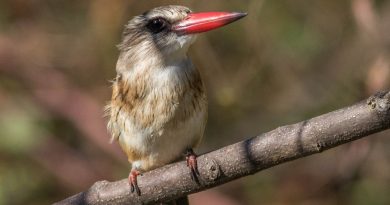